The idea of a Men’s Shed in Fremantle came from a chance visit to the Nambucca Heads Men’s Shed in 2003. The thought was that this could be a great thing for Freo.

My close friend, Alan Gowland jumped at the idea.

We put out a community meeting invite for anyone interested in starting a Men’s Shed in May 2004. The Fremantle Herald supported the idea with an article and a photo. 20 men showed up and indicated a keenness to be involved.

From this we formed a working party of 12, regularly meeting at Ron & Gaye Hodgson’s Aubergines Café (South Tce)- Ron being a member of the group. Copious amounts of coffee and a few glasses of wine went into organising a governance plan, establishing a constitution, registering for Incorporation, planning activities, researching funding, investigating insurance and most importantly, searching for a premises.

Because a Men’s Shed was a new beast on the block it was all new territory.

With no “home” in sight, enthusiasm started to wane.

A phone call from Mayor Peter Tagliaferri suggesting we contact the disbanded Freo Pigeon Racing Club, changed all that.   The okay to set up the Shed in the derelict Nannine Avenue premises was given (provided we let their past Secretary join!).  A front page article and photo in the Fremantle Gazette gave the Shed idea wide publicity.

Many busy bees later we had a basic, asbestos clad workshop, sparsely equipped with borrowed or donated tools and materials.  A plank of jarrah straddling a couple of 44 gallon drums served as the first workbench.

A true camaraderie developed working “shoulder to shoulder” to construct shelving, workbenches storage shelving … all out of recycled and donated wood and metal. 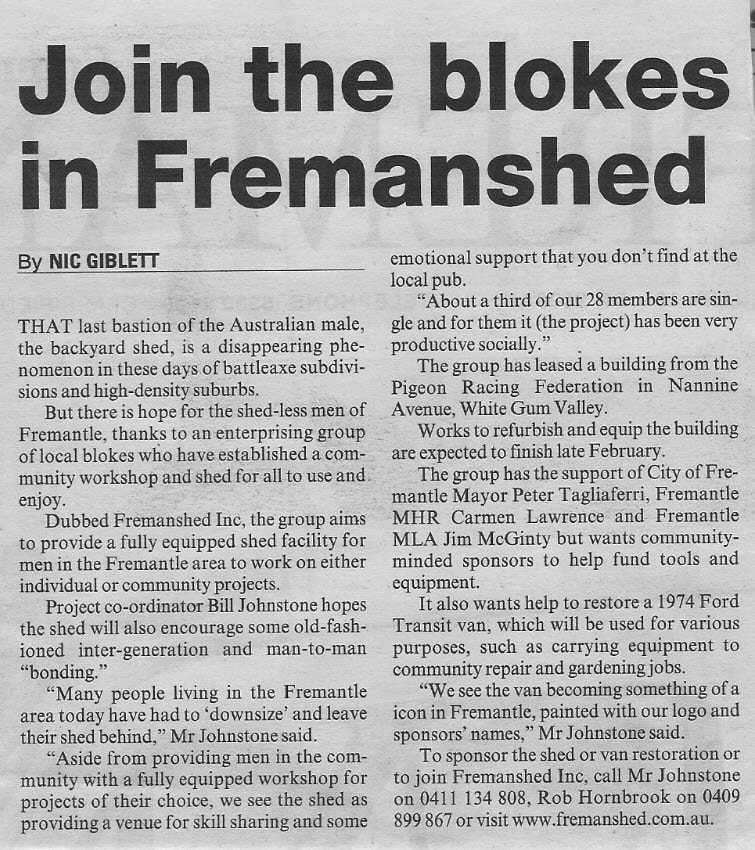 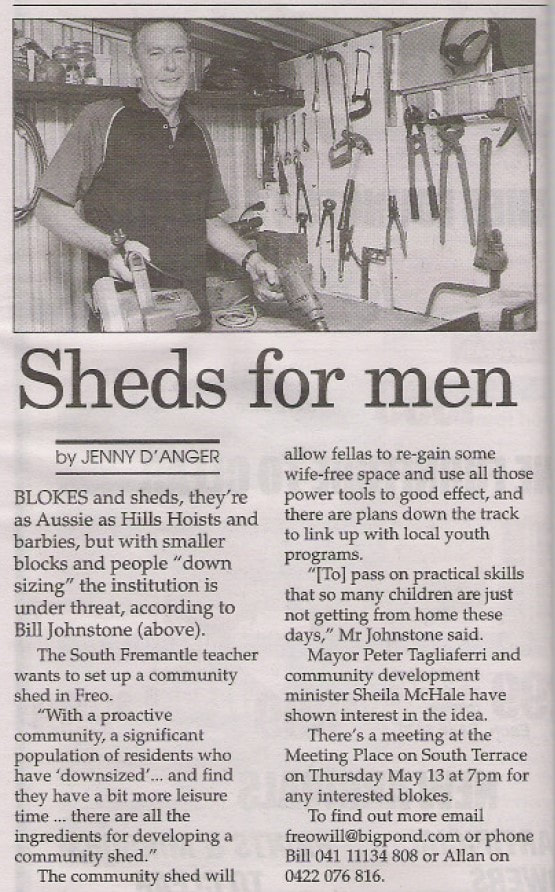 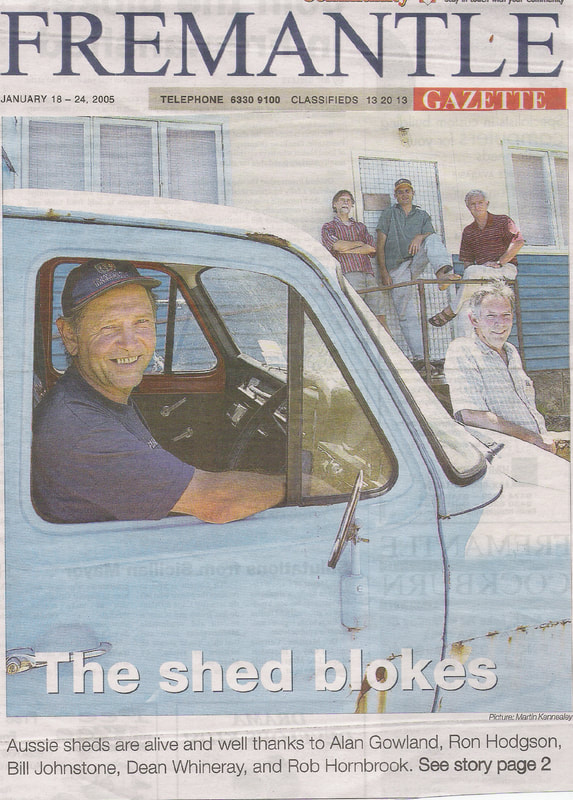